What is Media Education?

Media Education is a growing world-wide movement in the 21st Century where increased use of technology in homes, schools, work and socially mean we need to know hot to use mass media and media technology as a ‘tool’ that allows us to achieve specific tasks and be creative, inspiring and positive! 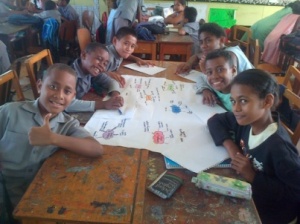 Part of Media Education is understanding that Communication, which is the purpose of traditional forms of media such as books and art/craft will remain relevant in regards to Right to information and Freedom of Opinion of the ordinary citizen. 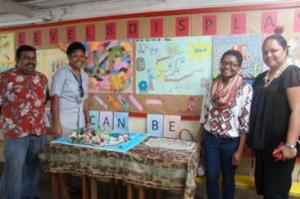 We work with different groups of people around the country. They include Community Leaders; Women, Youth and Religious Leaders, Primary and Secondary School teachers, Tertiary students and lecturers, Curriculum Developers in the different sectors of Education, Cyber Crime Professionals and sometimes even groups of children, which we enjoy very much!!

What is Media Monitoring?

The Media Monitoring Programmes, is run for the most time by volunteers and our in-house team conducts research which is then shared with the different media houses. We meet regularly with journalists, and especially the Editors or News Directors who make the decisions on what is reported in the news daily. We monitor the newspapers, and television social justice issues which can range from gender representation, elections, to child protection or political news and keep a look out for media material that may be seen to be offensive to particular groups of people.

Media outlets are crucial to the exercise of freedom of expression because they provide the public platform through which the right is effectively exercised.

The idea of media as a platform for democratic debate embraces a variety of overlapping functions which include an essential facilitator of the democratic process and one of the guarantors of free and fair elections. It is also a vehicle for cultural expression and cultural cohesion within and between nations (UNESCO 2008).

We are collaborative partner to the Global Media Monitoring Project (GMMP) network and would like to see truly balanced and responsible journalism promoting peace and development.